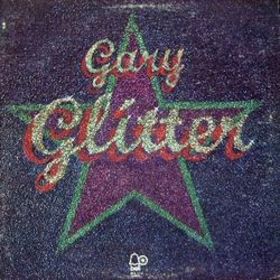 THE APPLE'S BEEN a teeming teen-town lately, what with the Dolls, Teenage Lust, Eric Emerson's Magic Tramps, and Ruby and the Rednecks shaking it down ...

"YOU WILL bear in mind that he's got dreadful 'flu, won't you," says Gary Glitter's publicity agent when we fixed up the interview. And sure ...

WHEN THE CURTAIN comes up, the band are all ready there, pumping out a fuzzy, semi-atonal, rhythmically confused version of left-field '50's music. They are ...

GARY GLITTER is sensibly ensconced in a very old fashioned smart hotel where the only thing liable to disturb his peace-of mind is a nutty ...

The JAMS: Wizards of Scam

While hundreds of hippies besieged Stonehenge, three mysterious cloaked figures slipped through the security net to pay their own strange homage to the Summer Solstice. ...

WEDGING HIMSELF with effort into a most negligible pair of silver spangled trouserlettes, Gary Glitter is struck by the possibilities of a mirth-making ruse. He ...

Report and Interview by Caroline Sullivan, The Guardian, 6 December 1994

As Christmas approaches, turkeys aren't the only ones preparing to hop into the silverfoil. Ageing pop stars too come out but once a year ...

GLAM — or as it was originally called in the UK, Glitter Rock — flourished from early summer 1972 to summer 1974: shorter than Hippie, ...