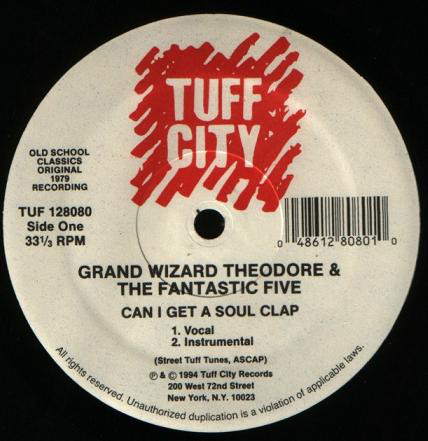 DJS KOOL HERC and Grand Wizard Theodore, who recently played in London as support to the Chemical Brothers, may not be up there with yer ...

Grand Wizard Theodore accidentally invents scratching in 1975 (or does he?)