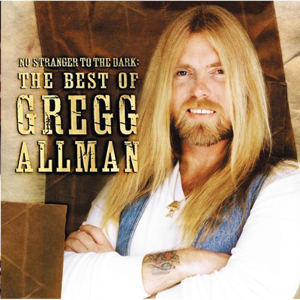 GREGG ALLMAN picked up an old Gibson acoustic guitar and allowed his nimble fingers to slide over the six new strings. He tuned it and ...

GREGG ALLMAN, the usually shy keyboards wizard, emerges into the limelight at last. Chris Charlesworth was there... ...

The Gregg Allman Band: Just Before The Bullets (Fly CBS)

SO BROTHER Duane was perhaps the leading exponent of slide guitar, his virtuoso expertise gracing the grooves of Clapton's finest hour and a half, Layla ...

YOU WOULDN'T normally associate the phrase "jacket required" with a concert titled "Gregg Allman and Friends," but the gravelly-voiced singer and keyboardist hopes to find ...

All Star's Concert For T Bone Is Well Done

T-Bone Burnett brings Gregg Allman back from the brink with a blues injection. It's the best solo album he's ever made. ...

Allman Brothers Band leader "passed away peacefully at his home in Savannah, Georgia". ...

IT WAS the final show the Allman Brothers Band would ever play. On October 28, 2014 the group made its last appearance at the Beacon ...