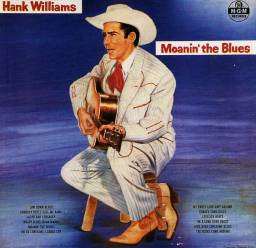 MUCH HAS been written recently about the influence of Sam Phillips' Memphis Sun label on rock 'n' roll, especially since its British releases of recent ...

WHERE TO begin an article about Hank Williams! How about with the kind of gross overstatement that it's impossible to disprove (or prove)? To wit: ...

Death in Hi-Fi or First Tastes of Tombstone

Music deaths are big news nowadays. It seems hardly an ish of Rolling Stone goes by when we aren't treated to a eulogy for a ...

Chet Flippo: Your Cheatin' Heart — A Biography Of Hank Williams (Simon and Schuster)

ROSANNE CASH, Johnny's first-born and as I write, No. 1 on the country charts, was quoted in Esquire: "A lot has happened in country music ...

Book Excerpt by Barney Hoskyns, 'From a Whisper to a Scream' (Fontana), 1991

NO ONE IS FONDER of saying that country music is "the white man's blues" than black artists like B.B. King, Etta James and Bobby Womack. ...

He couldn't read. He couldn't write. He couldn't stop screwing up. Yet Hank Williams is a giant of popular music without whom rock'n'roll might never ...

Go your own way: Hank Williams and his progeny

Report and Interview by Angus Batey, The Guardian, 24 October 2008

Hank Williams changed the face of country music. How can his descendants live up to that? Angus Batey finds out. ...

On The Lost Highway: Hank Williams

DAMNED cold. An ice storm over Nashville has closed down flights across the state of Tennessee. ...