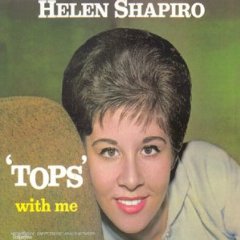 First It Was Mrs. Kenny Ball, Now Norrie Paramor's Wife Picks A Hit For Her Hubby

PUZZLING, isn't it, that no one has thought of an award for the wives of hit parade stars — to be presented when they inspire ...

THE NEWS that Cliff Richard is being sought for American TV's world-famous Ed Sullivan Show this autumn couldn't be more appropriate than it is right ...

There's Going to be a Brand New Me says Helen Shapiro

"IT'LL TAKE a little time," said Helen Shapiro, as we chatted during a BBC rehearsal, "but I've decided there's going to be a new me." ...

TO SAY there are changes in Helen Shapiro would be an understatement. In less than three months, the 16-year-old singer has developed info a poised, ...

Helen Shapiro: Will Helen Make Her Comeback in 1964?

From child prodigy to star of stage, screen etc. That's the career of young Helen Shapiro. She has a talent way ahead of her years. ...

Happy Beach Boys sing the single they don't like ...

Child Stars: We Blame The Parents!

HELEN SHAPIRO WAS BRITAIN'S FIRST TEENAGE FEMALE pop star. Born in 1946, she made her first record at the age of 14, for Norrie Paramor ...