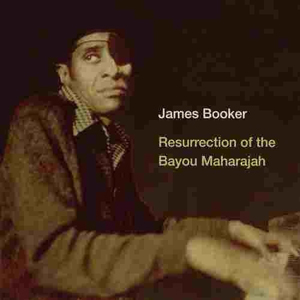 TEN YEARS AGO Britain was set to become the R&B capital of the world. Between 1962 and '67 we were visited by so many legendary ...

IT CAN BE argued, with, some conviction, that popular music of this century has had no true main stream, simply a complex network of tributaries ...

'THE BLACK LIBERATCHI' That's what it says on the card and you can tell that it's going to be one of those interviews when you ...

SOME FOLKS need two tons of equipment, the LSO, and a bunch of chorus girls or a performing elephant to justify their reputation. James Carroll ...

IN ONE OF THE oddest occurrences in recent memory, a newly-released album that recalls the smoke-filled music of a French Quarter bar better than any ...

The late James Booker fit comfortably into the New Orleans R&B piano tradition of Fats Domino but he also was a contemporary equivalent of the ...

"IF ALL AMERICAN PIANO PLAYERS LINED UP IN A ROW, each knowing the other’s abilities and talents, all would take a step back to recognise ...

Now in new hands, Rounder Records looks back after four decades of progressive signings in country, blues and folk. ...