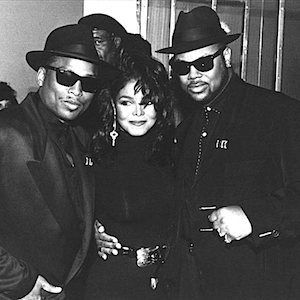 The Flyte Tyme production man talks about working with Alexander O'Neal and Janet Jackson; about his and Terry Lewis' production approach and methods, and lists some of his favourite producers.

Part One: Terry on setting up Jam & Lewis' Perspective label and producing Sounds of Blackness; what he and Jimmy ask of their acts; the duo's work ethic; looking back at The Time; on "attitude" records and revealing their artists' personalities; sustaining success and originality; race and the music business, and their role as producers. Part Two: Terry talks about producing his wife Karyn White; on what Prince and Madonna do which sets them apart; on Johnny Gill; on appealing to more than one age group; turning down established stars; on Ralph Tresvant and New Edition, and about the enduring talents of Janet Jackson.

To mark the tenth anniversary of Jam & Lewis's ultra-successful Flyte Tyme Productions, Jeff Lorez flew to Minneapolis and spoke to Jimmy Jam for more than eight hours over two ...