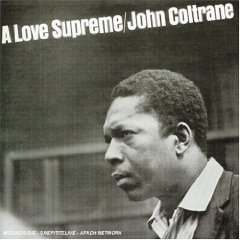 Tempo: Coltrane, Shankar and All That Rock & Roll

IN OUR FEATURE on the Byrds (in the July issue) they credited several sources of unconventional music as influences. They were quite specific about Indian ...

WHEN JOHN Coltrane died on Monday, July 17th, the world of progressive music lost one of its leading jazz figures, and Impulse Records lost its ...

Elvin Jones: This Is The Surgeon Who Pared The Flab

His name? ELVIN JONES — the man who dissected drum technique, put it together with new muscles, and has been demonstrating the product at Ronnie ...

The combination of affection, respect and awe in which his fans held the late John Coltrane is given to few people in any walk of ...

THIS YEAR, Miles Davis is 59 years old. However, if it’s round numbers that appeal to you, it’s worth mentioning that 1985 marks the 40th ...

JOHN COLTRANE, Miles Davis, Thelonious Monk and Charles Mingus were not just virtuoso musicians but path-breaking composers and bandleaders who shaped the sound of modern ...

IN 1955 WHEN John Coltrane replaced Sonny Rollins in the new quintet Miles Davis was getting together, jazz was at a turning point – and ...

TIME SASHAYS on and Miles Davis, who was still with us only a few blinks of an eye ago is already becoming history. Hence Sony's ...

Retrospective and Interview by Edwin Pouncey, The Wire, April 2002

AFTER HER KEY ROLE IN JOHN COLTRANE'S ECSTATIC JAZZ EXPERIMENTS OF THE LATE 60S, PIANIST AND HARPIST ALICE COLTRANE EMBARKED ON A JOURNEY INTO THE OUTER SPIRALS ...

JAZZ. The word alone is enough to set some listeners on edge. Honking, squawking, screeching horrors. Well, that's one assessment, at least, and sometimes accurate ...

The complete session of the landmark John Coltrane album underlines the solemn rigour of the ritual.  ...

Profile and Interview by David Burke, All About Jazz, 10 October 2017

EVEN THE MOST avowed John Coltrane disciples among us would admit to grappling with some of the albums he released in the couple of years ...