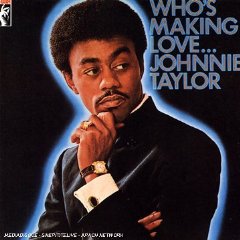 Soul legend Johnnie Taylor tells Barney Hoskyns about his background in gospel with the Highway QCs and the Soul Stirrers, Sam Cooke, Stax Records, having hits in the disco era, and finding a new home at Malaco.

THOUGH HE had a massive hit here some years back with 'Who's Making Love' and has consistently been one of the top-selling Stax artists, Johnnie ...

THAT THIS ALBUM has already been such an overwhelming success in America must surely be due to US Columbia's marketing techniques rather than the music, ...

The deep and enduring influence of Mr Soul. ...

SAR was Sam Cooke's dream of an R&B empire. It nearly came true. ...

Johnnie Taylor: Lifetime: A Retrospective Of Soul, Blues And Gospel 1956-1999

LIKE MANY soul singers, Johnnie Taylor was only as good as the songs he was given. But when those songs were good – and most ...

JACKSON, MISSISSIPPI, has been a music town for over half a century. In the early 1950s, Lillian McMurry's Trumpet label made Sonny Boy Williamson into ...