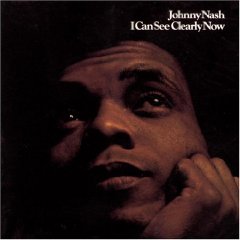 Johnny Nash and the Need for a New Image

AMERICAN SINGER Johnny Nash flew into London last week with a problem: his act. "For a start, I've got no charts (arrangements) with me," he ...

POP IS A precarious business as so many artists will tell you. The fame and fortune that arrives overnight can disappear at an even faster ...

AT LAST, REGGAE as all-around entertainment, whose rhythms will still generate movement in a crowded basement discotheque but whose arrangements and moods shift often enough ...

"REALLY WEIRD" is how Johnny Nash describes the acceptance and success he's recently received in the States via his major CBS hit 'I Can See ...

IT SHOULD blow many a rock and roll mind to realize that Johnny Nash, the man who brought reggae to the top of the charts, ...

LISTENING TO this record the first time through is as frustrating as trying to see a beautiful woman through a steamed-up window. But the third ...

POPULAR MUSIC is crammed with bizarre change-arounds: of pop singers who "go soul" of rock groups who "discover" the blues, even of R&B singers who ...

Johnny Nash: Tears On My Pillow

ANYONE WHO CAN cheerfully sing "be careful how you hold her, please don't even scold her, she's my cream puff" either deserves a hefty kick ...

FOR HIS first appearance on a British theatre stage (I think he once toured the USAF bases) in over 20 years of recording, Johnny Nash ...