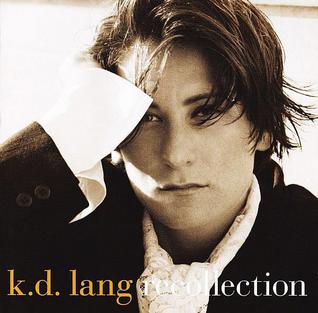 America's First Lady of Polysexual Song talks about the making of Drag, the art of interpretation, and of her love of all things Burt Bacharach

LISTENING TO Shadowland, k.d. lang's second album, you can't help thinking you've fallen into a time warp, back to when Patsy Cline ruled the radio. ...

WELCOME TO the Griffith Park Pony Rides. Assorted toddlers, most of them 2- or 3-something, are circling a dusty track, strapped onto tired ponies. Not ...

Absolute Torch and Twang – the third major-label LP by Canadian chanteuse K.D. Lang and the second with her band the Reclines – splits the ...

SOFTEN THE focus, put the total twang out to seed, put away the hard edge and the sharp suits for another day; k.d. has fallen ...

POPULAR OPINION has had it that, on her latest album Ingénue, k.d. lang has skirted the Country style as if it were an unpleasant cesspit ...

Capital of her country ...

No more ingenue: The Constant Craving of k.d. lang

Profile and Interview by Jim Sullivan, The Boston Globe, 8 October 1995

NEW YORK – Curled up on a couch in a hotel suite, dressed in baggy black athletic garb, k.d. lang ponders the nature of the ...

A big-boned gal among friends ...

BIG-BONED BOTTICELLI GIRL K.D. LANG IS LYING ON the floor. Knees up to her chest, hands clasped round the back of her head, she rocks ...

This is a transcription of Johnny's 1997 audio interview with k.d. Llsten to it here. ...

The Second Coming of k.d. lang

Profile and Interview by Robert Sandall, The Sunday Times, 13 January 2008

When she came out 15 years ago, she became the poster girl of lesbian chic. Even Madonna courted her. Then the spotlight dimmed — until ...

KD LANG WALKED onstage, guitar on her back and glided effortlessly into 'Upstream', a song about the nature of life, the struggle of human nature ...

THE COUNTRY MUSIC situation in 1985 was so dire that The New York Times published an article that, if not quite an obituary, was a ...