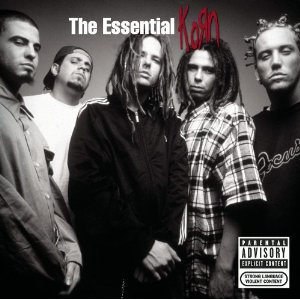 To celebrate the New Year, KORN singer Jonathan Davis has invited Kerrang! onto his gleaming tour bus. Here, he is first going to whip out ...

Korn: This is Hard Skin

OK, Yank metalheads Korn might not be named after a foot complaint, but they are definitely hot-blooded hetero rawk muthas, right?! Why else would they ...

For millions of kids, Korn's house of pain feels like a home away from home. ...

Korn: Scream Of The Crop

Korn's angst-ridden Jonathan Davis is the nearest thing America has to Richey Manic. We meet him on the road in the States and hear tales ...

IF YOU CHART the development of heavy metal from its sludgy beginnings in the early '70s to its turn-of-the-century diversity, you might start off with ...

Korn: "I once did coke off The Bible"

Before Korn's huge shows this week, we got them to tell us their favourite tour stories. It's not all fruit up drummers' arses and drugs. ...

Korn: Meet The Sickest Band In The World

Why is this man laughing? Because he's sold 15 million albums, dissected 5000 corpses and forged an army of metal zombies in his own image. ...