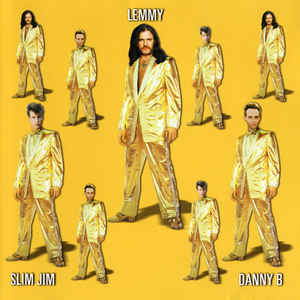 From his arrival in swinging London in the mid-'60s, through Hawkwind and on to Mötörhead, with asides on drug dealing (and taking), the Ladbroke Grove scene, and discussions on WW2 and tattoos!

Lemmy did not get where he is today by shying away from all the doubtful pleasures the rock'n'roll life can offer. As the grand old ...

In Bed With Lemmy

When were you first aware of the birds and the bees? ...

Mil-Lemmy-Um: The Man from Motörhead

ALTHOUGH THE WORLD of metal is full of fearsomely talented bass players, many of which have appeared on these hallowed pages in recent months, few ...

… but not when you have the constitution of a warthog and you're the Lewis gun of the bass guitar. Cue tales of Sid Vicious, ...

EVERY MOTÖRHEAD concert I can recall began with these words from Lemmy: "We are Motörhead and we play rock 'n' roll." So simple, so succinct, ...

For Rock's Fallen Superstars, A Promise of Life After Death

As fans of Prince, Bowie, Lemmy (and many more) confront music mortality, industry innovators revitalize the legacies of deceased artists. ...

A Walk on the Wild Side of Sunset: Remembering Lemmy and the Hollywood Vampires