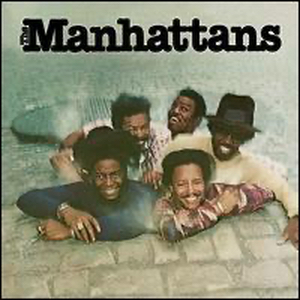 REGULAR readers of B&S who follow the U.S. charts have probably noticed that every now and then a record comes on the charts then drops ...

Profile and Interview by David Nathan, Blues & Soul, May 1976

The Manhattans have been kinda bubbling under for a long time. Now destiny has caught up with them and their new osculatory single is currently ...

The Manhattans vs The Blue Notes: Hammersmith Odeon, London

THEORETICALLY this bout should have provided at least a points-win decision in favour of Harold Melvin's Blue Notes, although, owing to recent personnel upsets in ...

Rappin' With The Manhattans

AT THE end of their recent highly successful debut British tour, we managed to corner the genial quartet of Manhattans just long enough to bring ...

The Manhattans: There’s No Good In Goodbye; It Feels So Good

IN A FIELD ONCE glutted with heavyweights, lightweights and pretenders, the Manhattans stand almost alone, a throwback to an era when an orange sharkskin suit, ...

The guys started out as a street-corner group and have always maintained an interest in the old doo-wap style. Now there's talk of them cutting ...

The Manhattans Zoom Back

Profile and Interview by John Abbey, Blues & Soul, May 1979

'Kiss And Say Goodbye' provided the Manhattans with a global hit, and now the enduring quartet look forward to continued success with their new album. ...

Essential reading: The gospel according to Bill Carpenter