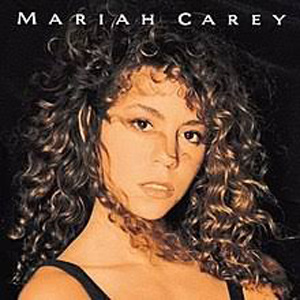 Mariah Carey had a hit LP and a Top Ten single, but whose 'Vision' is it? ...

MARIAH CAREY is a very very pretty girl and she has a very very wonderful voice and her debut album is an absolute dog. Comparisons ...

TODAY, MARIAH Carey is, at 21, the proud possessor of a debut album whose worldwide sales exceed seven million, and a pair of Grammys awarded ...

A ROOKIE success as spectacular as Mariah Carey's tends to spark a backlash, and Carey was derided by skeptics who saw that Columbia Records had ...

"I DIDN'T KNOW what to expect," says Mariah Carey, recalling the taping of her Unplugged special for MTV last March. "I wasn't originally planning on ...

SHE HAD never played a gig in her life before and now she was about to make her debut in front of 15,000 people at ...

The outrageously successful singer talks to B&S about her new Daydream album; working alongside some of the industry's most prestigious names and her ever increasing ...

BY THE time this review appears, Daydream will be dominating the charts and Mariah Carey will be making mad money. So it won't matter to ...

Top notes that come in wads ...

Mariah Carey: In bed with my career

Mariah Carey: Butterfly Kisses... Or In Bed With Mariah!

Jeff Lorez flies to LA, does a spot of celeb-spotting and then spends a couple of hours interviewing Mariah Carey in bed on the subject ...

ON WHAT IS something of a transitional album, the recently separated Mariah Carey moves still further away from the warmed-over Whitney Houston of Carey's early ...

Mariah Carey: Beyond The Rainbow

Sony's undisputed queen is about to release her brand new album, Rainbow, which highlights some very personal aspects of her roller coaster ride to superstardom. ...

YES! YES! YES! Mariah Carey is still a skilled singer. The fans will always adore her. Her seat among the pop music hierarchy is secure. ...

IF PROOF were needed that sex sells, Mariah Carey would be a Class A exhibit. Since shelving her sugary image for skintight clothes and raunchy ...

THERE'S A popular mythology out there that says that certain things–like pop divas and Fortune 500 companies–never die. ...

Jennifer Lopez: This is Me… Then/Mariah Carey: Charmbracelet/Martine McCutcheon: Musicality

ON HER NEW album, Jennifer Lopezhas cannily mixed her real life romance with her music. So listening to This is Me… Then feels a little ...

The Secret Life Of Mariah Carey

She's the super-private diva who doesn't speak for days at a time. But, for Blender, Mariah Carey opens up about her "horrific" childhood, her friend ...

Mariah Carey: The Emancipation Of Mimi

IN TRUTH, there's nothing more entertaining than watching a celebrity having a breakdown. ...

Mariah Carey: The Emancipation of Mimi

SOMEONE RECENTLY POSITED that there was no greater high and low attained in American culture than those had by Michael Jackson. If that's true, you ...

Behold the homecoming queen. And her local vicar. ...

MARIAH CAREY is famous for many things, but until now, being depressing wasn't one of them. ...

MARIAH CAREY'S enduring success – the lead single from this twelfth studio album, the Eminem-baiting 'Obsessed', was the singer's fortieth hit on the Billboard Hot ...

IT'S NOT particularly clever but it is expectedly big, and sure to make a fan's Christmas. ...