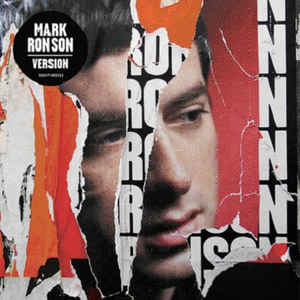 POP MUSIC in 2007 is glorious – energetic, intelligent and glowing with life. Its master of ceremonies is Mark Ronson, a charismatic London-born New Yorker ...

Mark Ronson: Stop Me If You Think You've Heard This One Before

Shedding the mantle of socialite DJ to become a critically successful producer, Mark Ronson is Jewtastic. ...

Report and Interview by Pete Paphides, The Times, 24 September 2010

He may have fallen out with Amy Winehouse but the A-list producer finds a soulmate in a fellow vinyl obsessive ...

IT'S NO LONGER UNUSUAL for producers to become artists in their own right, but Mark Ronson looks like he hasn't quite thought the whole thing ...

Interview by Paul Lester, The Jewish Chronicle, 15 May 2014

Why star producer intends to have a ball ...

Report and Interview by Dorian Lynskey, The Guardian, 21 January 2015

Forget moon in June. Today's pop lyrics are written by Pulitzer-winning novelists. We talk to the writers muscling into pop – and the musicians flirting ...

Report and Interview by Paul Sexton, The Independent, 16 October 2015

Daptone Records has put authentic soul into R&B for 15 years, from Back to Black to 'Uptown Funk'. ...

Report and Interview by Paul Lester, The Guardian, 27 October 2015

The pair remember two influential generations of hip-hop dance parties ahead of being honoured next month for their contributions to New York City's club scene. ...