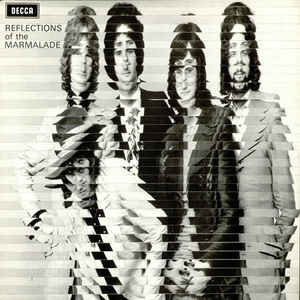 I've got those Seventh National Jazz And Blues Festival blues ...

The Who, Traffic, the Tremeloes, Marmalade, the Herd, the Dream: City Hall, Sheffield

The Who, Traffic, the Herd, the Tremeloes, Marmalade: Walthamstow Granada, London

FANS WENT wild for both houses of the Who-Herd-Traffic-Tremeloes tour when it hit Walthamstow Granada on Saturday. ...

Marmalade: No Peel For Marmalade

THEY DON'T like Peel in Marmalade. The well-known voice of hippery has frequently expressed opinions that the Scots lads once known as Dean Ford and ...

Music triumphs, despite rain, accidents and the rockers ...

The last of the big spenders — that's the image most fans have of pop groups. But how much "bread" (money) do groups really earn, ...

MARMALADE WOULD have covered 'Ob-La-Di, Ob-La-Da', moving up the MM Pop 30 this week, even if it had been taken off a double album by ...

Marmalade: Marmalade May Become Even Tastier

HUGHIE NICHOLSON is fairly small, very handsome, likeable, unassuming, smart and – so they tell me – a more-than-adequate guitarist, singer and writer. ...

JUNIOR CAMPBELL is one artist with a hit single who you won't find on stage. After 10 years with Marmalade, he's content to take things ...

Retrospective by Fred Dellar, The History of Rock, 1982

The Marmalade were an archetypal UK pop group who had the misfortune to operate in an era of progressive rock. ...