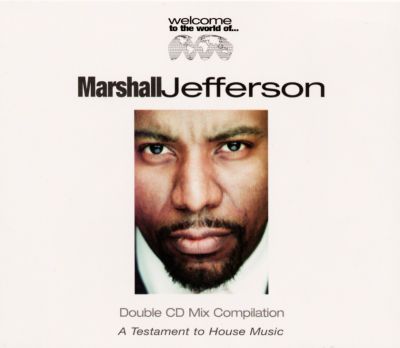 The 'Move Your Body' man on the people and clubs that beget House music, the endless Trax Records rip-offs, and a definition of House itself.

The House music pioneer on the founding fathers of the music; DJs like Ron Hardy and Frankie Knuckles; the clubs — the Music Box, the Warehouse, the Power Plant; starting making tracks; key songs like 'I've Lost Control' and 'Move Your Body'; the Trax Records rip-offs, and Marshall's own definition of House.

Sample and Hold: The House Sound of Chicago

"Sue the bastards!" WE'VE BEEN IN Chicago for two hours now, and for reasons too ridiculous to explain we are sitting in an Armenian restaurant talking ...

When New York's Paradise Garage closed, the city lost part of its pulse, leaving only a brand of Eighties disco called Garage. In Chicago, it ...

As House approaches its third birthday, and the classical club sound of Deep House and Garage Music asserts itself on Acid-fatigued dancefloors, SIMON WITTER reports ...

Over the last three years, former post office worker MARSHALL JEFFERSON's work as producer, writer and arranger, has resulted in some of the best House ...

House Music: The Blues for Dance

The new sound pumps up the volume and eyes a move from R&B underground to the pop mainstream. ...

I FIRST MET MARSHALL Jefferson in 1986, in his native Chicago. House was just starting to bloom there, and he was working on 'Move Your ...

House Music: Jack in the Day

Last Night A DJ Saved My Life: The History Of The Disc Jockey By Bill Brewster and Frank Broughton (Headline Pbk £12 99)

ONE NIGHT IN the summer of 1996 I went to a rave in an unfashionable district of Prague. It was in a community hall on ...