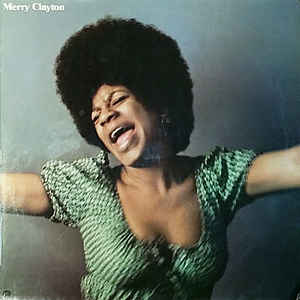 Merry Clayton: She Was Born on Christmas Day

LOS ANGELES — There is a world of confusion in the music press — not to mention that among record companies — about the identity ...

PERFORMANCE IS the movie starring Mick Jagger. Don't get it mixed up with Ned Kelly, the other Jagger starrer. Performance unlike Ned Kelly is supposed ...

Merry Clayton: The Spotlight's on Merry

MICK JAGGER, the satin-pants Satan, is o-o-o-ing ominously through 'Gimme Shelter'. He is doing all right, rocking the boat but not overturning it. But behind ...

MERRY CLAYTON is the girl who stopped the show at the London Rainbow performance of Pete Townshend's rock opera Tommy earlier this month. Even the ...

'Shelter' from the Storm: Merry Clayton

MERRY CLAYTON'S spine-chilling vocal in the middle of ‘Gimme Shelter’ is one of the most electrifying moments in rock history but you couldn't blame Clayton ...

MERRY CLAYTON was born on Christmas Day and a graduate of Jefferson High School's music department then under renowned instructor Sam Browne, in Los Angeles, ...

BY THE TIME Merry Clayton got the call one night that got her out of bed and into the studio to unleash her window-rattling voice ...