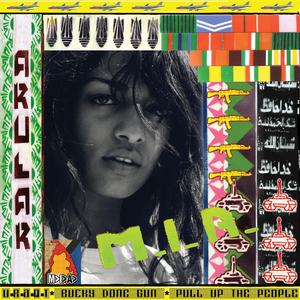 M.I.A. and Lady Sovereign: A Far Cry From North-West London

Two of this year's most eagerly anticipated records come from young women with some striking similarities. Ben Thompson talks to M.I.A. and Lady Sovereign. ...

NEARLY TWENTY years before 9/11/01 – before New Yorkers and other Americans decided to believe that great tragedy had begun and ended with them – ...

IT REALLY SHOULDN'T come as a surprise that the most vital new sound from the UK dance underground should come from a transplanted Sri Lankan ...

THERE'S A SORT OF junkyard, trash-culture exuberance about M.I.A.'s beats that infuses the Anglo-Tamil rapper's work with freshness and immediacy. ...

SHE IS LESS well-known than Amy Winehouse's hair and her sales to date wouldn't fund Beyoncé's laundry bill, yet Mathangi "Maya" Arulpragasam, aka M.I.A., has ...

"I WANT TO be an outsider," she said, eating a truffle-flavoured French fry. A feature in the New York Times on the Sri Lankan-born, London-raised ...

IF MAYA ARULPRAGASAM has a persecution complex, she's earned it. ...