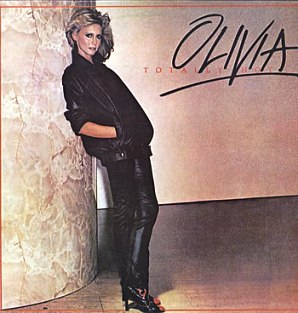 "EXTRA! EXTRA! Read all about it! James Bond man launches new supergroup! Toomorrow tipped for the top!" Remember all that carry-on a few months ago ...

SOME INTERVIEWEES need only to be given their head with a single question before sounding off about their whole life history and psyche, while the ...

Olivia Newton-John: Let Me Be There

THERE ARE A LOT of interesting things about this album. First, it features 'Let Me Be There', one of the most pleasant surprises of early ...

'What's ladylike?' asks Suzi Quatro. Olivia Newton-John should know – she was amazed in America when the audience ignored that she was wearing jeans on ...

Olivia Newton John: Have You Never Been Mellow (MCA)

WHAT FEMALE singer would ya like most to sit in yr lap? Connie Francis? (too old) Cher? (too bananas) Bette Midler? (stinks under the armpits ...

THERE'S A rather freaky, hairy, heavy music orientated — call it what you will — record shop situated quite near to where I live. Some ...

OLIVIA NEWTON-JOHN'S last night of an eight-week trundle through Japan, Australia and Europe was pretty poor. ...

OLIVIA NEWTON-John lost her virginity on the cover of her Greatest Hits album, released last year. Inside the grooves, though, she was caught begging sadistic ...

Olivia Newton-John: Cream Of The Crop

The front of the chocolate box has changed forever. Or has it? OLIVIA NEWTON-JOHN has cut her hair, shed her old image and entered the ...

Review by Iman Lababedi, Creem, May 1982

I CAME TO Physical with an open mind. I thought the single was her best since the Travolta duet and I enjoyed about a quarter ...

HERE WE HAVE two of the biz' primo canaries coming up with long-awaited (and, you can bet, carefully considered) albums and not exactly setting the ...