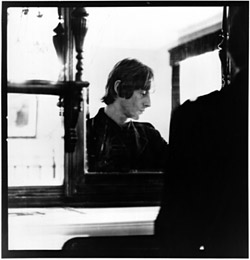 SOMETHING TO mull over. Paul Weller has been having hit records for 16 years. Wild Wood – the follow-up to his wildly-underrated debut solo outing ...

Interview by Chris Salewicz, Face, The, May 1982

AS PAUL WELLER says, in the mid-1960s the original spirit of Mod implanted itself into the soul of young Britain with a self-nurturing, almost religious ...

A WORKING-CLASS hero is something to be; it gets more difficult by the day. Under a Government that puts Profit and Progress before People (don't ...

Paul Weller: We All Make Mistakes

He split Britain's most loyally supported rock band to form a collective specializing in weedy white sould and ersatz jazz. He created "a Motown for ...

Woking Back To Happiness: Paul Weller

It’s taken over a decade, but with his new album PAUL WELLER has finally gone back to his roots, the part of his life that ...

NAMED AFTER the area in suburban London where he grew up, Stanley Road is possibly the most autobiographical record Paul Weller has ever made. He ...

Only one thing could possibly save us from vicious '80s Conservatism: the assembly of pop pinkos that made up the Labour-supporting Red Wedge organisation. Johnny ...

Pop music is booming, right? British bands are taking over the world, right? Wrong. The yobbish lads of Brit rock are about to hit the ...

Pub rock without the pub ...

"YOU SHOULD WRITE THAT LETTER," Paul Weller' is telling his press agents, Pippa Hall and Jane Wilkes of Monkey Business PR, referring to a particularly ...

Both "spokesmen" for their respective generations, it's perhaps unsurprising that the men behind the Jam and Oasis became friends. Here, they talk frankly together for ...

He’s been assailed by business bosses, punk rivals and ex-bandmates. Now, with a landmark fifth album in the can. Paul Weller shows Chris ...

HE COMES on jaunty, with a skip in his step, looking cool, refreshed, dapper, an upbeat northern soul soundtrack still ringing round the hall. He ...

KEITH ALTHAM PR’d The Jam in the late '70s. In his book of post-retirement open letters to former clients, No More Mr Nice Guy, he ...

RECOGNISING HIM is not a problem. As he strides purposefully across the concourse of Waterloo station it's easy to figure why Paul Weller is referred ...

50 this year and touring his best album in decades, the Modfather talks to John Lewis about Algerian passions, drunken binges and a wariness of ...

PAUL WELLER has been getting lots of good, but not great, reviews for his latest album, Sonik Kicks. At least Stateside. Ignore them. Sonik Kicks, ...

Paul Weller on the 100 Club

Paul Weller has a long relationship with the 100 Club – not just as a performer but as a teenage punter. ...

The Rapacity of the Record Revival

Report and Interview by Nick Hasted, Independent, The, 11 August 2012

Music labels are trying to cash in on a resurgence in the popularity of vinyl, putting often-inflated price-tags on albums, says Nick Hasted. ...