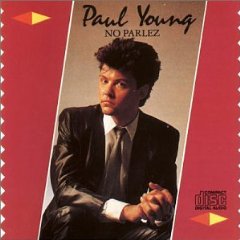 Q-TIPS, THE masterly new soul band now warming the airwaves with Joe Tex's 'SYSLJFM', were found on the wreckage of success - and you do ...

SIMPLY FOR not being Kevin Rowland or Paul Weller or Martin Fry, Paul Young fully deserves his Number One. And 'Wherever' is more than a ...

Paul Young: How to Make a Mint by Being Ordinary

Just six months ago Paul Young was a struggling British soul boy, hacking out a living. But with the sudden success of 'Wherever I Lay ...

Paul Young: Too Much, Too Young

CLOSE YOUR EYES and picture the man who is talking. Chances are you imagine him looking well turned-out in a sharp and quite possibly shiny ...

They'd never met before. But then they set off to "conquer" America — Nick's the support act on Paul's US tour — and now they're ...

AT THE END of the day nothing in pop music matters much anyway except the lead singer of the Shangri-Las. But there's a space where ...