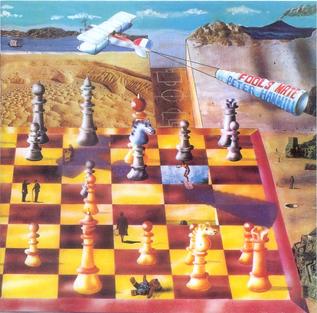 WITHIN A DOUBLE-FOLD checkerboard of good natured psychedelia that would make sweet 1967 blush at her staying power, Peter Hammill, late of the morbidly super ...

The Two Sides of Peter Hammill

FOR OVER 10 years Peter Hammill has been the object of a particularly intense cult following. As the leader of Van der Graaf Generator and ...

PETER HAMMILL is one of our stranger voyagers. Alone at a piano last month, he put most of the music we cover to shame. He ...

Profile and Interview by Nick Hasted, The Independent, 27 June 2004

WHEN PETER HAMMILL collapsed in the street with a sudden heart attack last year, it didn't make the papers. The one-time singer of the group ...

Retrospective and Interview by Mike Barnes, The Wire, March 2007

"I DIDN'T HAVE white tunnels, but I did have the feeling that if I got too tired, which at a certain point might have been ...

Peter Hammill and Jello Biafra: Prog vs. Punk – Who Won?

One was uncool but enduring, the other hip but short-lived. Two pioneers, Peter Hammill and Jello Biafra, fight their respective corners. ...

Peter Hammill: And The Next Number Will Be... My Sixties