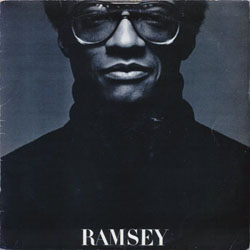 Ramsey Lewis: 'In Crowd' Left Out

THERE WAS a slight disagreement between the Ramsey Lewis Trio and the producer of Ninth Street West and Hollywood A-Go-Go last week. ...

WHEN A pop artiste has that certain Something to make him into a hitmaker then the most vital ingredient in his success or failure is ...

Ramsey Lewis: Music for Anywhere from The In Crowd

CHESS Records VP MARSHALL CHESS in Britain to bang the drum for the RAMSEY LEWIS TRIO, talks to the MM's Max Jones ...

James Brown Scores Knockout With Soul Music at the Garden ...

WITH THE ever growing interest in jazz, it's interesting to note that in most instances, the names who are bringing about the revival are relatively ...

A credible jazz album for those who never knew they liked the genre ...