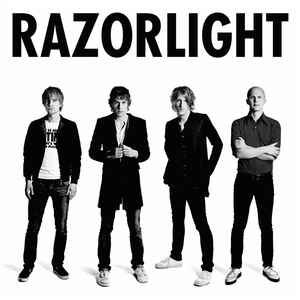 NEWCOMERS RAZORLIGHT are proof that pop careers are being built ever faster. The London band were signed to the Vertigo label last year in the ...

Razorlight: Up All Night (Vertigo) ***

HE CLAIMS to be a better songwriter than Bob Dylan and has likened himself to Charles Dickens. But is there more to Johnny Borrell, the ...

AS IF TAKING their cue from their friends, The Libertines, Razorlight have spent much of 2005 rocked by public tantrums and rumours of imminent disintegration. ...

EVERY BUDDING BRITISH ROCK STAR fantasises about the night he or she will be able to say the three little words that mean they have ...

RAZORLIGHT'S MOTORMOUTH FRONTMAN Johnny Borrell grabs the headlines, but the band's unsung hero is drummer and co-songwriter Andy Burrows. It's no coincidence that since he ...

IN THE DAYS when Razorlight's Johnny Borrell happily compared himself to Bob Dylan and Charles Dickens, he would not have expected to rock up at ...

The world has mocked Johnny Borrell for a decade. For what? Doing the things we want rock stars to do. It's time to celebrate him, ...