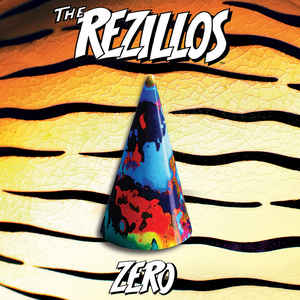 The Rise Of The Rezillos

FIVE MINUTES into the Rezillos set at the Nashville I left behind the venue for a far more exotic scenario. I envisaged myself in a ...

THE WORD used all day was surreal. ...

They came out of the mists of Hibernia... They were wild, weird, and whacky...They were the first Rock-A-Hula Beat Combo to hit Scotland since 1961...They ...

REZILLOS CAN'T STAND THE AUDIENCE And that goes for all you liggers in the bar, too ...

"Because Fay and I are going out together, when you have a group argument it invariably gets personal. Things that you dislike about people become ...

Can’t Stand The (Other) Rezillos

A Family At War. A live album from a dead band. Or, as our contribution to Einstein’s centenary, PHIL SUTCLIFFE proves that 3+2=0, ...

The Rezillos: Mission Accomplished…But The Beat Goes On (Sire)***

HEY, EVER known what it's like feeling like you're E.J. Thribb? Try reveiwing this album. Phil Sutcliffe got it just right in his 3 plus ...