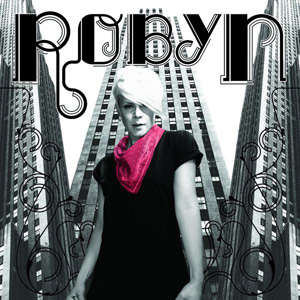 Report and Interview by Amy Linden, Vibe, May 2000

In the urban global village, SWEDEN is holding its own — pumping out some of today's most popular chart-topping teen R&B tunes and boasting its ...

New band of the week —Robyn

The Manga Missy Elliott from Sweden. ...

ROBYN’S WEBSITE makes the contentious claim that the Swedish singer is the "most killingest pop star on the planet", which will be news to, say, ...

MOST OF Robyn recasts the teenage hitmaker of a decade ago as a formidable 26-year-old Stockholm chick. ...

Interview by Scott McLennan, Rip It Up (Australia), 2009

Robyn's fronting on mighty pop moments such as 'Konichiwa Bitches', 'U Should Know Better' and 'Criminal Intent' have projected the Swedish star as a bad-ass ...

Robyn, Röyksopp: "There's This Idea That You're An Oddball, Far Up At The Top Of The World"

Profile and Interview by Jude Rogers, The Guardian, 5 June 2009

Love songs to robots, cement-mixer music, trios with houses on their shoulders… No wonder Scandinavian artists get noticed. Jude Rogers kicks off our Scandipop special ...

"DON'T FUCKIN' tell me what to do," chants reformed teen-pop prodigy Robyn. No worry, girl, things are under control.  ...

ROBYN CARLSSON is one of a rare breed who bridge the divide between pop fluff and cool electro. Her throbbing electronic music nods to mainstream ...

LENA DUNHAM KNEW WHAT SHE WAS DOING when she deployed Robyn Carlsson's peerless 'Dancing on My Own' during an emotionally conflicted sequence in Girls. Like ...