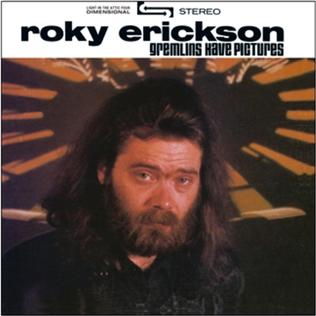 Psychedelic Punks Refuse to Die: The Revenge of the 13th Floor Elevators

2009 note: The odd thing about this (unpublished) fall 1972 thing sent to Phonograph Record Monthly (unassigned) is that co-editor Greg Shaw would – I ...

Roky Erickson: One Flew Out Of The Cuckoo's Nest

Roky Erickson: The Creature With the Atomized Brain, or I Talked With A Zombie

Are you ready for the Thirteenth Floor Elevators revival? Roky Erickson, cult and occult figure from the swirling mists of psyechedelia, takes time out from ...

Roky Erickson: I Walked With a Zombie

His Own Private Realm: Roky Erickson

Come with us now to the home of erstwhile 13th Floor Elevator Roky Erickson: a little shack on the outskirts of reality. And marvel how, ...

While it's an established fact that an extended tour of duty within the darkest recesses of the psychedelic jungle will extinguish myriad illuminations within the ...

AS ANOTHER SXSW drew to a close on an abnormally cool Texas afternoon, a roaring half-hour thunderstorm presaged one of the most unexpected comebacks in ...

The Man Who Went Too High: Roky Erickson

Retrospective and Interview by Dorian Lynskey, The Guardian, 8 June 2007

THE MOST IMPROBABLE of rock comebacks began on the night of March 19, 2005 at an Austin, Texas restaurant called Threadgill's. Every year, the eatery ...

THIS IS one of those wonderful, unexpected releases that many people once believed could never exist. ...