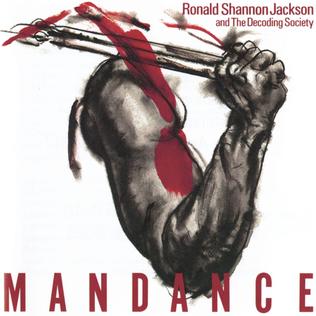 AS THE ONLY drummer to have appeared on record with Albert Ayler, Cecil Taylor and Ornette Coleman, three of the grand masters of the jazz ...

Richard Cook unscrambles the music of Ronald Shannon Jackson's Decoding Society — a muzak so mean it could make an everyday breakfast in America quake... ...

If you've tapped into the East Coast/international jazz press recently, you've no doubt seen Ronald Shannon Jackson touted as "the future of jazz drumming" and ...

IF YOU'VE tapped into the East Coast/intemational jazz press recently, you've no doubt seen Ronald Shannon Jackson touted as "the future of jazz drumming" and ...

WELL, YOU'RE in luck. Two of the most acclaimed musicians of the neofusion "harmolodic" school (quotes around harmolodic because, word-wise, it's become the "auteur" of ...

Ronald Shannon Jackson: A Jackson In Your House

Profile and Interview by Mark Sinker, The Wire, January 1988