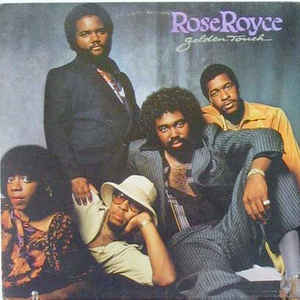 With Norman Whitfield in the driving seat, the 10-piece outfit currently have two titles in the UK chart, both from the Car Wash movie. ...

With three of his productions currently in the top four singles in this country, the timing could not have been better for this exclusive interview ...

WRITTEN AND produced for the film by Norman Whitfield, arranged by Paul Riser, performed by Rose Royce with some help from Wah Wah Watson, The ...

LOUIS JOHNSON, bass-playing Brother of that ilk, was quoted in a recent Downbeat on the subject of his favourite bassists: "Stanley Clarke... is the baddest ...

It was as Total Concept that the Rose Royce combo came to London a few years ago. There followed a spell on the road with ...

"IT'S KJLH, the station of Kindness, Joy, Love and Happiness," the deejay smoulders on the car radio, and goshdarn if you couldn't almost believe all ...

Rose Royce: In A Class Of Their Own

HOW DO you make an album into a collectors' item only weeks after its release? ...

The band's three albums have all gone gold, and then platinum – some achievement! Percussionist Terry Santiel tells B&S of the debt they owe to ...

"SO HOWS about up at number two, we have the one and only Rose Royce with 'Love Don't Live Here Anymore'...goodness gracious yes..." ...

UNDOUBTEDLY, 1978 was The Year Of The Groups. Earth Wind & Fire, the Commodores and Rose Royce almost held a monopoly on the awards. Though ...