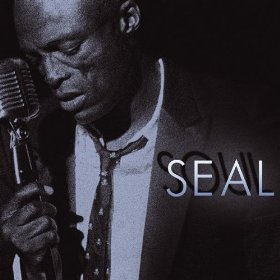 SEAL CLUBBING seemed an attractive option to many last year after the leather-clad lothario ascended our charts atop a naggingly crap Adamski riff and steadfastly ...

"AAAH, IT'S JUST BEEN NON-STOP," says Seal of his virtual year-long bout of promotional chores. "I just wanna get out and play. I'm not interested ...

Or will success drive the British singer 'Crazy'? ...

Seal: It's a Bitch

WHEN SEAL first appeared on billboards all around Britain in 1991, he cut a vast, almost monumental figure. Hands on hips like a fashion model, ...

Seal: A Conjurer Of Lush Grooves

Seal: The Culler of Money

Camera-shy SEAL is poised for pan-global success with his latest 'Bat' single and new album, but can he balance a beachball on his nose? JOHNNY ...

WITH HIS rippled six-foot-three body shouldering a face marked by scars that could be teen-idol stigmata, you can't quite hate Seal because he's beautiful. ...

GAVIN MARTIN welcomes back the gentle giant of soul who has a liking for calling his albums Seal. ...

"C'MON," says Seal, holding back the first verse of his signature tune 'Killer' until the audience is clapping from front row to back. Then he leaps ...