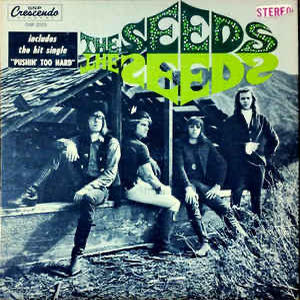 In which Sounds scribes bring long ignored or deleted albums to your attention. No star rating necessary – naturally, they're all Very Important Platters ...

Where Are They Now: Sky Saxon

The leader of the Seeds was 'Pushin' Too Hard' in the Sixties; now he'd into 'flower heaven power'. ...

Lost in the the shock and hysteria of Michael Jackson's death was the scant reportage of another pop passing: that of crazed LA garage-pop ...

SKY SAXON, the colorful lead singer and sometime bassist of the Seeds, one of the great Sunset Strip bands of the 1960s, died June 25 ...

JAN SAVAGE (born Buck Jan Reeder), guitarist with American rock band the Seeds, died in early August, according to a report in The Ada News ...