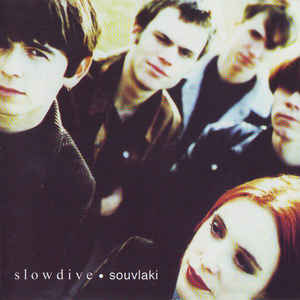 "A LOT OF BANDS are so precious about influences, thinking they're massively original. I don't think we are." ...

RIDE, perhaps, are just too much. Too soon, too quick, too assured, too contemporary, too praised, too openly derivative to even be insulted by being ...

WHEN SLOWDIVE gave us their astonishingly lovely eponymous debut single in last December, it sounded, to these ears at least, like the most auspicious debut ...

THIS YEAR, THE most popular phenomenon in British alternative rock is a wave of hazy neo-psychedelic guitar groups. ...

Be gone with your rich kid, shoe-gazing, dilettante prejudices about SLOWDIVE, for the kebab-loving, apolitical enemy of the Manics are shaking off those untrendy pigeon-hole ...

DECEMBER 1990: Neil Halstead, then a mere two months into his twentieth year on the planet, is talking about the legacy of Slowdive, a group ...

NEW YORK, sometime in the early Nineties. A rough-voiced man in his mid twenties is phoning a hotel to reserve a room for himself and ...

Retrospective and Interview by Jude Rogers, Guardian, The, 27 July 2007

AT THE START of summer 2007 a supple, shimmery thread started darning itself through a long line of euphoric-sounding albums. From Maps to Blonde Redhead, ...

THE PRESS hated it. Let's get that out of that way at the beginning. With the UK in the midst of Britpop euphoria, there was ...

IT'S DIFFICULT TO recollect a more maligned musical movement than the early '90s shoegaze scene. ...