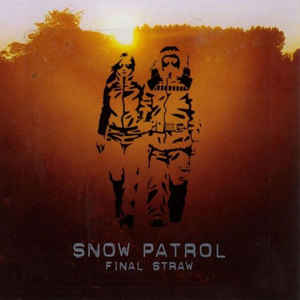 ONE OF THE REASONS we listen to music is because it provides a vehicle for expressing feelings that would otherwise go unexpressed. Rage, passion, fear, ...

A NONDESCRIPT bunch of blokes from Scotland, they spent several years fine-tuning an unremarkable indie-rock formula until they eventually started to sell albums in the ...

WHATEVER Snow Patrol spent the earnings from their last, two-million-selling album on, it wasn't their wardrobe. Or a personal trainer. In this warm-up for a ...

THIS IS a big week for Snow Patrol. On Sunday their fourth album, Eyes Open, was certified as the bestselling UK release of 2006, with ...

YOU WOULDN'T IMAGINE one man could feel so much: like its two immediate predecessors Eyes Open and A Hundred Million Suns, this latest Snow Patrol ...

COOLER THAN COLDPLAY but less provocative than R.E.M., the Irish-Scottish modern-rock quintet Snow Patrol embrace the "bigger is better" philosophy on their sixth studio album, ...

WHEN SNOW PATROL released Fallen Empires, the 2011 album that comprises a substantial part of this gig, singer Gary Lightbody revealed that the new record ...

Snow Patrol: O2 Arena, London – drifting along in a clinical quest for love

SNOW PATROL HAVE BEEN AWAY but absence has not dimmed their mass appeal. This first tour for seven years, in support of last year's moderately ...