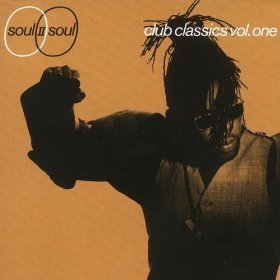 Jazzie B and the New Black Economy

Smith & Mighty and Soul II Soul: Anyone Who Had A Sound

Here PAOLO HEWITT gets on the Voice Beat with SMITH & MIGHTY and SOUL II SOUL. ...

SQUEEZED BETWEEN the hard core Hip-hop of Red Alert and DJ Mark The 45 King, the US dance remix of 'Keep On Movin'', holds its ...

• Current king of British clubs JAZZIE B is preparing to launch SOUL II SOUL even further ahead of the opposition-the summer soundtrack on both ...

A mix of songs that paint pictures, with women and God driving the music and the marketing machine, have spawned a Soul II Soul empire. ...

Soul II Soul: Songs In The Key Of Life

WITH A STRING OF SUCCESSFUL SINGLES AND A STUNNING DEBUT ALBUM, SOUL II SOUL HAVE SPEARHEADED THE DANCE REVIVAL OF THE LATE-EIGHTIES AND LOOK LIKE ...

JAZZIE B SAT near one corner of the crowded North Hollywood sound studio, watching the musicians casually file into the room and take their places ...

Soul II Soul: Voice of the B Jive

JAZZIE B HAS ALREADY BEEN CREDITED WITH CHANGING THE FACE OF DANCE MUSIC IN THE LATE-EIGHTIES. SINCE THE RELEASE OF CLUB CLASSICS VOL 1 LAST ...

BERESFORD ROMEO, the twenty-seven-year-old black British rapper and entrepreneur better known as Jazzie B. is sprawled comfortably across the end of a sofa in a ...

Report by Lloyd Bradley, The Independent, 9 May 1991

Lloyd Bradley on the changing fortunes of the Motown label ...

THE SOUL II Soul collective is undoubtedly a shining example of enterprise culture at its best; this culture, of course, being of the Caribbean roots ...

Jazzie B feels Soul II Soul should be recognised for more than just their beats. The collective's new album Just Right Volume II aims to ...

I'VE NEVER seen an interview with Timmy Regisford before. I don't know if he seldom does them. I know he doesn't enjoy them, not that ...

Soul II Soul's Jazzie B: "Ride what you've got until the wheels fall off"

Report and Interview by Lloyd Bradley, The Evening Standard, 11 June 2014

Some people already know that Jazzie B is a London Legend but tonight at the first London Music Awards he takes the title officially. The ...