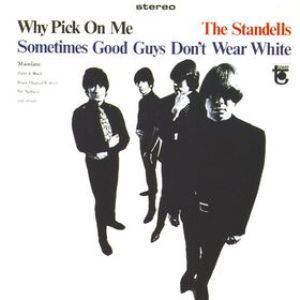 IT WAS the best kept secret in town, but yessir, the Standells came through here a couple of weeks ago to play their tough-as-nails brand ...

THE STANDELLS story convolutes through a media maze. Russ Tamblyn's brother, Larry Tamblyn, had already recorded on an East L.A. Mex-punk label when he founded ...

The Fleshtones: Hexbreaker!, plus Standells and Chocolate Watchband best-ofs

WE'VE HEARD THIS before, and the Fleshtones know it: "Your scene isn't really so strange/Some things never really change." Hornet-nest guitar. Gnarly vocals. Lyrics that ...