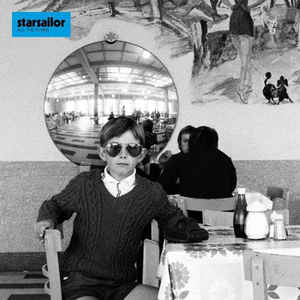 Profile and Interview by Dave Simpson, The Guardian, 17 April 2001

Starsailor have been tipped as the most exciting band since Coldplay. Has that been a curse or a blessing, asks Dave Simpson. ...

BARELY 18 months ago they were an indie covers band, nervously dropping their own songs into a set comprised of other people's hits. But this ...

WAIT — DID HE drop the guitar on purpose? The song continued, but James Walsh quit playing in the midst of the action, visibly overwhelmed ...

WHILE, SINCE The Beatles, we British music fans have often affected insouciant confidence in the superiority of our taste over the rest of the world's ...

BEFORE THE Q magazine awards, a rally of sold out headlining tours, and industry buzz that promised the next Coldplay or Travis, Starsailor was simply ...

What it feels like for a boy: The Charlatans, Starsailor, and musings on transatlantic masculinities. ...

A couple of years ago the singer/songwriter/guitarist John Hiatt recorded Crossing Muddy Waters, an acoustic album for the revived Vanguard label. ...

THE MUSIC PRESS has bitterly dismissed Starsailor's second album, Silence Is Easy. Once the band were seen as saviours, but it's now as if they ...

THIS TIME around, Starsailor have created an album that's the musical equivalent of wearing a "Kick Me" sign through a crowded high school hallway. ...