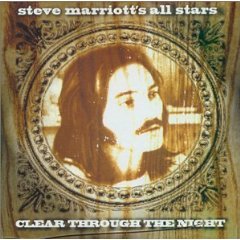 ...about a lot of things now he's a number one rave. He wonders if he deserves all the screams and adoration he gets. He wonders ...

Interview by Keith Altham, Rave, May 1969

Can you tell us exactly why you decided to leave the Small Faces? ...

AFTER A COMPLETELY satisfying set by Humble Pie at the Capitol Theatre, I went backstage for an interview with Steve Marriott, their trebly-talented lead singer, ...

THE STORY SO FAR: Steve Marriott, one time leader of pop idols the Small Faces and now boss of "progressive" rock and rollers Humble Pie, ...

This is a transcript of Karl's interview. Hear the audio here. ...

Steve Marriott: All Or Nothing

The late Steve Marriott was, in his prime, a writer of transcendent English pop songs. He was, to the end, a blues and soul shouter ...