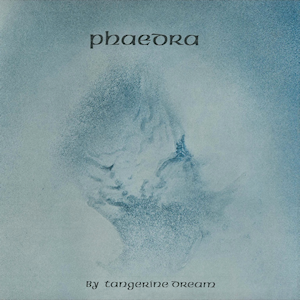 T-DREAM HAVE BEEN described as everything from 'the most advanced development of progressive rock' to 'electronic muzak'. The band generates controversy probably because people are ...

They were in Oxfordshire, mixing it at the Manor and sunbathing with scantily clad ladies in the presence of fully clad FRED DELLAR, who here ...

Tangerine Dream: Is This The End Of Rock As We Know It?

EVER HEARD of a group who would rather not be visible to their audience and let the music work on its own? Seems peculiar even ...

IF I'VE ASSESSED the vibe correctly, it would seem that the appropriate critical response to Tangerine Dream is to dismiss Edgar Froose, Chris Franke and ...

Tangerine Dream: 1983 — A Synthesiser I Will Be

Do TANGERINE DREAM, wizzkids of organic electronic rock, play their instruments?Or do the instruments play them? ...

YOU WON'T GET all sweaty or break a leg while listening to Tangerine Dream, but you will not be unmoved. You see, they haf vays ...

THE TANGS RULE. Jamie had seen it spray painted on walls all over town. In underpasses. On the back walls of railway sidings – 20 ...

YOU WANT a picture of prosperity?Take a gander over there, then. Yeah, that guy sitting on the floor at the back of the audience. That's ...

Tangerine Dream: Twilight of the Dream

TANGERINE DREAM seem to have strange ideas about off-duty entertainment. ...

T-DREAM had no support and so they started cold, but soon as the lights dimmed the Palais Des Sports audience roared and cheered and lit ...

The 120 Decibel Dream - Warning: This Page is Heavy

TANGERINE DREAM have released an album — Stratosfear — written a movie score for Friedkin, completed a successful American tour and two members have released ...

EDGAR FROESE reflects on days of hope and dissipation, and wonders why the photographer's hiding behind a pillar. ...

Techno-Rock: Six Teutons And What Do You Get — A Programmed Sequencer And The Doppler Effect

IN JAPAN, LOCAL bands copy both the look and sound of Western rockers – an imitative art form which thrives while the fans wait for ...

2019 Note: Tangerine Dream were the first band to play in East Berlin after the fall of the Wall. It had been ten years since ...

DISTILLING the essence of a force as monumentally influential and prolific as the German electronic music pioneers Tangerine Dream to a two-CD checklist of essentials ...

THE GUYS in Tangerine Dream — leader Edgar Froese, plus more than 20 others over the years — always gave us the silent treatment in ...

For their first UK show without founder member Edgar Froese, the synth pioneers enlivened their proggy ambience with techno, but still created the same cosmic ...