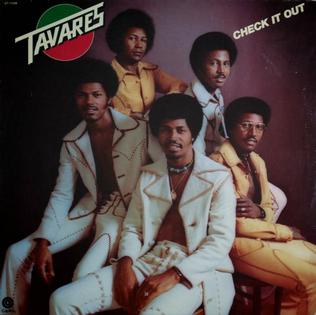 If Heaven is missing an angel, then that winged spirit must be smiling down on the brothers Tavares. They've really broken through internationally and plans ...

THOUGH Tavares are scoring for the first time in Britain with 'Heaven Must Be Missing An Angel', the quintet of brothers has been together as ...

NATALIE COLE is an MOR sophisticated lady, right? An exceptional singer in the mould of Aretha Franklin who's chosen to, or been persuaded to, don ...

Tavares: The Supergroup Of All Time

The five brothers are really buzzin' at this moment in time. Will they go on to become the biggest Soul group of all time? ...

Tavares: Kickin' Up A Storm Internationally

The guys say a big thank you for their B&S award and talk about their hectic schedule in coming months...records, tours, a movie. They've really ...

I KNOW, I know. I'm not supposed to admit liking a record by the Sylvers, much less write about it. Even my girlfriend, who prefers ...

ANGELA IS a slim, pretty, 16-year-old blonde with the kind of Camay complexion and wide-eyed innocent appeal that drives randy old journalists into that wretched ...

TAVARES SEEM assured of fairly attentive, appreciative concert audiences for some time to come because they've managed to compile quite a sizeable catalogue of hits ...

UNTIL THEY got caught up in the mad disco scramble – though admittedly they were one of the trendsetting groups in that category – the ...