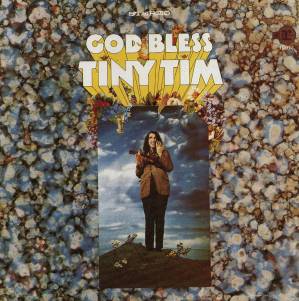 Review by Gary Pig Gold, In Music We Trust, April 2000

I'VE OFTEN BEEN criticized for being a bit too hard on those musicians who choose to toil in the, shall we say, h.metal idiom. ...

I Am The Band: Bob Log III and the One-Man-Band

Let me introduce the band to you. On the cymbal… left foot. Over here on the bass drum, we've got right foot. Shut up! My left hand does ...

Review by Gary Pig Gold, In Music We Trust, August 1999

ANYONE NOT already familiar with the trials and tribulations, musical and otherwise, that was Mr. Tim should read no further. ...

When Tiny Tim Started To Sing In A High Voice, Even Dear Father Said 'Cissy'

HE WAS A GOTHIC APPARITION in a grey plaid jacket, a mane of wiry black hair spilling over the shoulders. His face, powdered and blotchy, ...