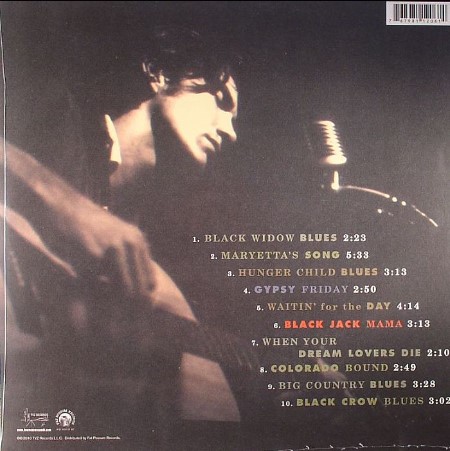 TOWNES VAN ZANDT is so much more than just another singer/songwriter. He's a storyteller; a mood-maker. ...

TOWNES VAN ZANDT is no longer such a well kept secret, known only to a handful of dedicated fans. Thanks to his new manager and ...

OTHER MUSICIANS revered Texan song writer Townes Van Zandt who has died of a heart attack aged 52, but he made real efforts, helped by ...

AT TOWNES VAN ZANDT’S FUNERAL, HIS longtime friend and fellow songwriter Guy Clark stepped to the microphone and, adjusting a guitar around his neck, said, ...

A Gentleman and a Shaman: The Last Days and Sad Death of Townes Van Zandt

IF YOU CAN see through the hangover haze and black-eyed pea tradition that ties one First Day to another, January 1st can serve as a ...

LIKE DOCK BOGGS, Townes Van Zandt was obsessed with death. Both men were shadowed by their own mortality, obsessing over it and collapsing under ...

STEVE EARLE ONCE gushed, "Townes Van Zandt is the best songwriter in the world, and I'd stand on Bob Dylan's coffee table in my boots ...

What do you do when you're really down? Listen to Townes Van Zandt Sylvie Simmons charts the artistic triumphs and personal disasters of sadness's most ...

IF YOU KNOW your Texas music, it's a famous story: in 1970 a young Joe Ely picked up a hitchhiker on his way to Houston. ...

IF YOU'RE LOOKING for a dark-horse Grammy Album of the Year contender, you couldn't find a better one than this effort, which boasts the requisite ...