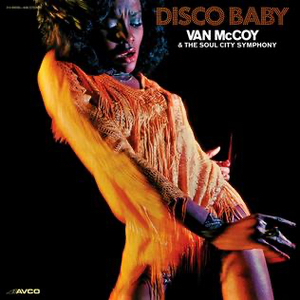 Van McCoy and the Soul City Symphony: Hustling Up The Charts

EVEN THOUGH he has been writing, arranging and producing hit records since 1961, Van McCoy is still technically a newcomer. He is of that breed ...

THERE CAN be very few self-respecting soul fans around who don't own a record which has featured the name "Van McCoy" somewhere along the way. ...

Although 'Van McCoy: The Artist' has really only just arrived in terms of commercial acceptance, Van's creative influence has played a major role within the ...

VAN McCOY has crossed the ten million sales mark with 'The Hustle', a dance tune which will rank in influence with 'The Twist'. Yet the ...

TAKE A WALK down New York's bustling "barrio" and the chances are that some Puerto Rican will start hustling you. They can't help it, they've ...

John Abbey talks to Van McCoy who has just signed with MCA Records in a move to satisfy his desire to grow, as an artist ...

Van McCoy Comes Out Of Retreat

Having now emerged from a somewhat less fruitful period, following his huge international smash, 'The Hustle', Van McCoy talks of his recent creative and emotional ...

Van McCoy: In Memory of

JULY HAS been a devastating month for our music because of the tragic, sad deaths of Minnie Riperton and Van McCoy. Both were highly creative ...

Van McCoy, Minnie Riperton Cut Down in Their Prime

WHEN LOWELL George died, a kind of half-hearted black joke about 'the season starting' was popular on many lips. In the brief space since his ...