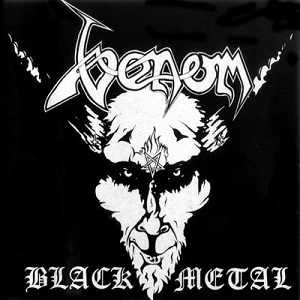 CORRECT ME if I'm wrong, but I do believe it was that well known heavy metal entrepreneur Malcolm McLaren who gave "Don't let the public ...

Venom: Back in Black (Magic)

GARRY BUSHELL enjoys a noisy pint (of blood) with VENOM ...

OH LORD forgive them for they know not what they do. ...

Dancin' With The Devil

STEFFAN CHIRAZI charts the history of all those supposedly Satanic bands — anyone out there remember VENOM and their 1982 classic Black Metal, or the ...

Forging Black Metal: Cronos Of Venom Talks About The Genesis Of A Genre

Retrospective and Interview by John Doran, The Quietus, 14 January 2010

Helping create extreme metal as we know it today as well as naming Black Metal, Venom have always been the antidote to musical boredom, says ...