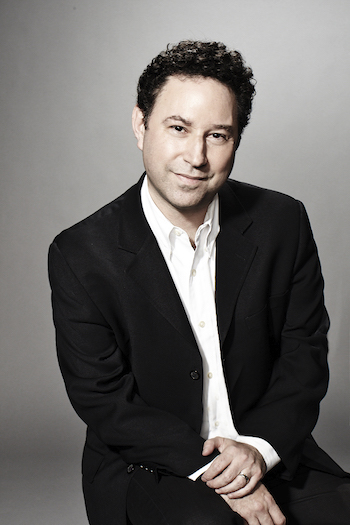 Alan Light has been one of America’s leading music journalists and authors for more than twenty-five years. A frequent contributor to the New York Times and numerous other publications, he is the co-host of the daily music talk show "Debatable" and the monthly interview series "In the Light" on SiriusXM.

Alan’s books include THE HOLY OR THE BROKEN: LEONARD COHEN, JEFF BUCKLEY AND THE UNLIKELY ASCENT OF 'HALLELUJAH', which Kirkus Reviews named one of the best books of 2012, and LET'S GO CRAZY: PRINCE AND THE MAKING OF PURPLE RAIN.  He also wrote WHAT HAPPENED, MISS SIMONE? — a companion to the Academy Award-nominated documentary of the same title — and his most recent book is the illustrated biography JOHNNY CASH: THE LIFE AND LEGACY OF THE MAN IN BLACK.

Alan is the co-author of Gregg Allman’s best-selling memoir, MY CROSS TO BEAR, which Rolling Stone and Billboard named one of the best rock & roll memoirs of all time, and he was the writer of THE SEARCHER, an acclaimed two-part documentary about the life and music of Elvis Presley, which premiered on HBO in April 2018.

Alan was the founding music editor and editor-in-chief of the urban culture monthly Vibe. In that time, Vibe’s circulation climbed from 200,000 to 600,000 and the magazine was nominated for four National Magazine Awards. Alan then served as the editor-in-chief of Spin magazine. Before helping launch Vibe, Alan was a Senior Writer at Rolling Stone, where he began working in 1989.

Alan’s writing has appeared in such publications as the New Yorker, the Wall Street Journal, Pitchfork.com, Mother Jones, New York magazine, and MOJO, and he is a two-time winner of the ASCAP-Deems Taylor Award for excellence in music journalism. He has written liner notes for numerous albums and DVDs by such artists as the Beatles, Bob Dylan, Whitney Houston, and Chuck Berry, and his essays on subjects from Bruce Springsteen to the roots of hip-hop have appeared in many other books.

There were many who vied for the title, but in the recording studio, there was really only one Fifth Beatle. ...

IN. 1962, RINGO Starr was the scruffy-looking drummer in a Liverpool band called Rory Storm and the Hurricanes. The group was one of the bigger ...

"NOBODY'S EVER known what to call me," says Harry Belafonte. "Was I a folk singer, jazz, pop? Or was I even a singer at all? ...

Boogie Down Productions, KRS-One: KRS-One: Wisdom From The Street

Profile and Interview by Alan Light, Rolling Stone, 30 May 1991

Kris Parker once lived in the subways and shelters of New York. Now the rapper known as KRS-One is hip-hop's righteous voice — and one ...

IN NEW YORK CITY this summer, David Byrne is everywhere. His installation titled Playing the Building transformed the Battery Maritime Building into a giant musical ...

THERE IS exactly one reggae singer in the Rock and Roll Hall of Fame whose name is not Bob Marley. The truth, though, is that ...

Profile and Interview by Alan Light, MSN.com, May 2011

LEVON HELM is standing in his kitchen, grinning. At the head of the table, singer-songwriter Garland Jeffreys is showing guitarist Larry Campbell, best known for ...

DAVID JOHANSEN sits on the couch in the living room of his wife's long-time, walk-up apartment on a nondescript block of Manhattan's Upper West Side. ...

IT IS A ROCK and roll fantasy that most people had abandoned. On November 26 at London's O2 Arena, the three surviving members of Led ...

IT IS THE winter that never ends in New York City, and on this mid-April evening, the rain outside is gradually turning to snow. The ...

The hit Musicology album and torrid live shows have made him a star again. Faith and marriage have made him happy. Yes, Prince has come ...

Profile and Interview by Alan Light, Spin, May 2006

TWO YEARS AGO, RHCP went to Europe to play in front of the largest crowds of their 20-plus-year-career. After surviving numerous personnel changes, drug problems, ...

The Rolling Stones: Mick Jagger and Keith Richards on Some Girls

"THE IDEA WAS ten songs, very direct, not a lot of backing vocals or horns, no duets or guests, very straightforward," says Mick Jagger. "We ...

Mark Ronson, Amy Winehouse: Mark Ronson: Stop Me If You Think You've Heard This One Before

Shedding the mantle of socialite DJ to become a critically successful producer, Mark Ronson is Jewtastic. ...

"CAN YOU IMAGINE us years from today?" wrote Paul Simon in 'Old Friends', from Simon and Garfunkel's 1968 album Bookends. "Sharing a park bench quietly/How ...

NOTE: This is Alan's "Director's Cut" version of the piece that ran in MOJO. ...

THE WORSE THINGS get, the better Steely Dan sounds. The songs of Walter Becker and Donald Fagen stand as the definitive account of urban decadence ...

"EVERY RECORD, I've tried to challenge myself to make something different," says Taylor Swift. "Red was really experimental, so I ended up with a sound ...

IN JULY 1978, the members of Pink Floyd gathered at Britannia Row, their studio in London. It had been almost exactly a year since the ...