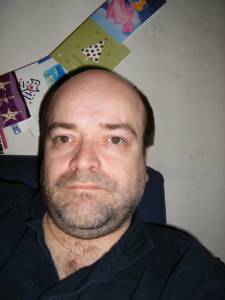 Alex Ogg is the author (with David Upshal) of The Hip Hop Years: A History of Rap, as well as Standing On The Edge (Radiohead) and Def Jam: The Radical Rise of Russell Simmons And Rick Rubin. In 2006 Alex published his new book about the punk years, No More Heroes, and in 2009 his exhaustive history Independence Days, a complete overview of UK independent record labels from 1976 to 1987, compiled from more than 150 interviews.

Alex has also written for several encyclopaedias, dozens of magazines, newspapers and websites, and compiled more than 100 album sleeve-notes.
Will write about music (or anything else) for money.

The Skids: A Wee Look Back At The Skids

IT’S A STRANGE TIME for a rock gig to take place – midday on the Saturday of the FA Cup final. The unusual hour is ...

Spear Of Destiny: Grapes Of Wrath

THE FOUNDATIONS of Spear Of Destiny can be traced back to 1978, when Kirk Brandon replaced bass player Jerry Isles in Devon punk band The ...

HAYSI FANTAYZEE were formed in 1981 by a fashion photographer from Wigan, Kate Garner, and her boyfriend, Paul Caplin, late of EMI act Animal Magnet ...

The Mo-dettes: The Story So Far (Cherry Red)

THE MO-DETTES first emerged towards the end of 1978, after guitarist Kate Korus (aka Katherine Corris, formerly of the Slits) and drummer June Miles-Kingston met ...

AUTHOR'S NOTE: The following is the full transcript from an interview with Charlie that took place towards the end of 2008 as research for my ...

Lily Allen: It's Not Me, It's You (Regal Recordings)

LILY COPS A LOT OF STICK, doesn't she? A lot of people really don't like her. Especially rock hacks, I gather. ...

DISCUSSING MUSICAL encyclopaedias recently reminded me of what is probably the ultimate reference work I have ever encountered: Mario Panciera's completely mind-boggling 45 Revolutions. I ...

The Slits: A Thousand Nights Of Confusion

Zoë Street Howe's new biography of punk's original bad girls, The Slits, is released in July through Omnibus. Alex Ogg tried to find out more about ...

Biafra's back — and this time he's packing a "real" band. The former Dead Kennedys frontman is re-energised by fronting a new group, The Guantanamo ...

Gimme Some Truth: Music reference works in the digital age

REMEMBER WHEN content was king? It was one of the enduring myths of the tech bubble alongside stratospheric growth projections, the paperless office, etc. But ...

Paul Edwards: How To Rap – The Art & Science of the Hip-Hop MC (Virgin)

"You want to be able to stand out from the others and just be distinct, period. A lot of shit sounds the same, so when ...

Retrospective and Interview by Alex Ogg, The Quietus, 20 October 2010

The Psychedelic Furs return to the UK in late October to play their second album, Talk Talk Talk, in its entirety. Alex Ogg spoke to ...