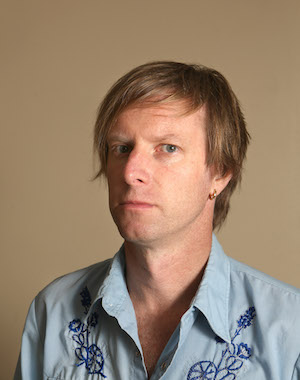 Andrew Stafford is a Australian freelance journalist and the author of Pig City, a musical, political and social history of Brisbane, now in its third edition. In July 2007 the book was transformed into a key event as part of the Queensland Music Festival, headlined by the first performance by the original line-up of the Saints in nearly 30 years. His work appears in the Sydney Morning Herald, The Guardian, The Saturday Paper, The Monthly and many more. He is also co-owner and founder of independent Brisbane label Pig City Records.

Meat Loaf: He should have been a talk-show host

AUTHOR'S NOTE: In late 1995 I interviewed Meat Loaf for a Brisbane street weekly, Time Off, on the release of his album Welcome To The Neighbourhood. It was an ...

The Apartments: album's birth so traumatic 'it's a miracle it exists at all'

Profile and Interview by Andrew Stafford, The Guardian, 7 August 2015

Peter Milton Walsh had no intention of releasing the songs he wrote after tragedy struck. After 18 years he is ready to share them at ...

The Ramones: The enduring appeal of the Ramones

MY FAVOURITE QUOTE about the Ramones comes from Richard Hell, the New York provocateur who, along with Tom Verlaine, formed the art-punk band Television in ...

Coldplay's Chris Martin: Why Things Have Never Been Better

CHRIS MARTIN is up for it. Half an hour after soundcheck and a few hours before showtime at Brisbane's Suncorp Stadium, the Coldplay singer, flanked ...

Midnight Oil: "A bloody-minded bunch of bastards": Midnight Oil's The Over Flow Tank

I'M TOLD I CAN call her Ella: Ella Marija Lani Yelich-O'Connor is quite a mouthful. The single-syllable name by which she is better known, though, ...

Report and Interview by Andrew Stafford, The Guardian, 9 July 2017

A PIECE OF PAPER stuck to the entrance of the Coburg RSL in Melbourne reads "cash only (dark ages)". It's not much warmer inside than ...

A slow-burning masterpiece from a first-class songwriter ...

Neil Finn: Out of Silence

Piece by piece, Neil Finn's Out of Silence comes together in simplistic beauty. ...

AC/DC, The Easybeats: George Young should be remembered as the sonic architect of Australian rock music

The Easybeats guitarist and AC/DC producer wasn't just a star in his own right, but a behind-the-scenes industry giant. ...

Some were scared off by the guitarist's snarling delivery and reputation, but you'd be hard pressed to name a bad song. ...

That supple physique can't move quite like it used to, but the 71-year-old's voice is in unbelievably good shape. ...

Sydney Opera House: That supple physique can't move quite like it used to, but 71-year-old's voice is in unbelievably good shape ...

THE THIRD ALBUM by Aldous Harding, New Zealand's woman of a thousand voices, is called Designer. Its sleeve represents the title vertically – white on ...

THE INDEPENDENT scene that emerged from Dunedin, New Zealand, in the early 1980s had all the strange qualities musical trainspotters around the world associate with ...

The punk rocker, author, raconteur and health guru, who has died from cancer, was a big man with a big voice and a hell of ...

Sleater-Kinney carry on with new album and new purpose

THE CENTRE Won't Hold, the title of Sleater-Kinney's ninth album, is taken from W.B. Yeats' 1919 poem The Second Coming, the words of which have ...

Watching the folk singer perform is to be touched by something deeply human and oddly universal. ...

In Australia with his new memoir, the 'songwriting sociopath' discusses creativity and what Shatner taught him about coolness: 'He just does not give a shit' ...

This is a transcript of Andrew's audio interview with Beck. Hear the audio here ...

Beck talks about his latest album, Hyperspace: working with Pharrell Williams; what the songs are about; on not being a slacker, and his working life; looking back at the '90s, and feeling outside of that periods's music; modern production processes; on his Record Club and Song Reader; writing for Johnny Cash; having no single musical home; his LA youth; losing his recordings in the Universal Studio fire; on not being a Scientologist, and it having no influence on him, and lastly how he sees his future.

Beck: ﻿"I think there's a misconception": Beck on Scientology

BECK LOOKS toasted. Under round vintage sunglasses and a broad-brimmed black hat, the cheeks of one of the most inventive, elusive artists of the last ...

Amyl and the Sniffers: Comfort to Me

Frontwoman Amy Taylor crackles like a live wire with too much current in Melbourne punk band's electric second album. ...

Chris Bailey, The Saints: Chris Bailey of the Saints: the voice that tore across the world, and changed the face of Brisbane

David Malouf said poetry could never occur in Brisbane in the '70s and '80s. The Saints proved otherwise – and revolutionised the music industry. ...