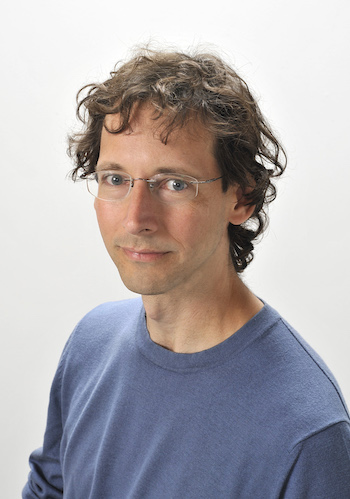 Working as a disc jockey in Hartford, Connecticut, Carl compiled a database of song information to help with show prep. In 1999, it went online as Songfacts.com, which focuses on the stories behind the songs.

JANIS IAN released her first song, 'Society's Child', in 1967 when she was 15. The famous record producer Shadow Morton wasn't interested until Janis set ...

A Swamper Tells the Muscle Shoals Story: An Interview with David Hood

ABOUT TWO minutes into 'I'll Take You There', a sultry bass groove plays while Mavis Staples implores, "Little David, help me out now..." ...

AS DRUMMER FOR THE BAND WAR, Harold Brown was part of the vibrant music scene of the late-'60s and early-'70s that included Jim Morrison, Jimi ...

HOW DO YOU write a blues song? Elvin Bishop, a founding member of the Paul Butterfield Blues Band before launching a successful solo career, is ...

THE HALF OF Eurythmics that is not Annie Lennox, Dave Stewart has written hits with Tom Petty, No Doubt, Jon Bon Jovi, Bono, Mick Jagger ...

Procol Harum lyricist Reid looks back at the writing of such classics as 'Whiter Shade of Pale', and brings us up to date with his current projects.

THE SON OF jazz musicians Aaron Sachs and Helen Merrill, Alan moved from New York to Japan when he was still a teenager, becoming the ...

AS A GUITARIST and vocalist with The Doobie Brothers, Tom Johnston wrote the kind of joyful rock that is truly classic: 'Listen To The Music', 'China ...

Interview by Carl Wiser, Songfacts, May 2010

"LET WHITE FOLKS cross over to me..." An R&B star with a stunning voice, Millie Jackson was close to breaking into the mainstream like her ...

Yardbird Jim looks back at the halcyon days of 'Shape of Things' – the songwriting, the guitarists Clapton, Beck and Page and much more.

Benny Mardones and 'Into the Night'

YOU STILL HEAR 'Into the Night' on just about every Adult Contemporary radio station – it's the song that starts, "She's just 16 years old, ...

Top L.A. session bass player Kaye talks about her life in the Tinsel Town studios, laying down the low end for the likes of the Beach Boys, Monkees, Sinatra and so many more.

Ian Anderson, Jethro Tull: Ian Anderson: "The delight in making music is that you don't have a formula…"

IN 1972, JETHRO TULL released Thick As A Brick, an entire album comprised of one song. Critics hated it. "You can listen to it, but ...

The late progster talks about writing songs for ELP and King Crimson; writing methods; writing with Pete Sinfield; the pleasure of playing live, and one particularly hairy gig with ELP in Bologna, Italy.

PETULA CLARK WAS 80 years old when she released her 2013 album Lost In You, an elegant and contemporary set produced by John Williams – ...

'I SAW THE LIGHT' came a little too easy for Todd Rundgren. The song took him maybe 20 minutes to write, just going up and ...

The revered singer-songwriter talks inspiration and explains why she put a mahout in 'Drop the Pilot' ...

PAULA COLE NEVER watched the Grammys, which made it a little weird when she won the award for Best New Artist in 1997 (also weird, ...

Rick Astley on 'Never Gonna Give You Up', 'Cry For Help' and his remarkable resurgence that gave him another #1 UK album. ...