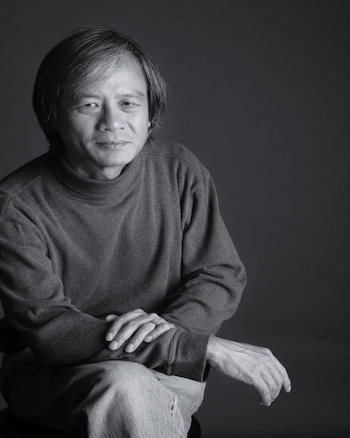 Gerrie Lim has written for numerous publications, including Billboard, Details, Elle, Harper’s Bazaar, L.A. Style, Playboy, The Wall Street Journal, The Asian Wall Street Journal, the South China Morning Post, the San Diego Union-Tribune and Virgin Megastore Online. After graduating from the University of Southern California in 1987, he began his music journalism career at the LA Weekly (where he apprenticed under the late Craig Lee) and later became Staff Writer at Hits and then Managing Editor at Ice.

He was also the U.S. Bureau Chief for the Singapore rock magazine he co-founded, BigO, a tenure that catalyzed his first book Inside the Outsider, which featured a foreword by Bob Guccione, Jr. and was largely a collection of rock music interviews (David Bowie, Patti Smith, Pete Townshend, Richard Thompson, Joan Jett, Liz Phair, Toni Childs, Beck, Bjork, R.E.M., among others). Gerrie is currently based in Hong Kong, from where he writes about his two other interests – wine and wine travel (for Prestige and other Asian magazines) and various aspects of the sex industry (via several books).

Beck talks about his early influences and songwriting; about Mellow Gold; about his loathing of MTV; about being censored in Singapore... and about slackers and Generation X.

Björk, The Sugarcubes: Rock From Reykjavik: Behold Bjork and her Sugarcubes

THEY COME FROM a land of ice and snow, where volcanic peaks and photogenic glaciers surround settlements given to fish factories and sundry cottage industries, ...

RUBEN BLADES, Panamanian musician and aspiring politician lately turned Hollywood actor, pulls from a pack the latest in a series of Merit Ultra Lights and ...

Ms. Carlisle, new to the Top Ten, looks back at the break-up of the Go-Gos; changes to her lifestyle; her passion for shopping; being a woman in the music business... and raising miniature pigs.

Jim Carroll: A Nod Of Approval: The music and poetry of Jim Carroll

Toni Childs: Looking On The Morning Light: Toni Childs, A New Voice And A New Beginning

A LONE VOICE of incandescent beauty amid a wilderness of disposable pop music. That's how I saw Toni Childs. ...

THE EVENING before our 6.1 rumble, somebody new rolled into town and left his mark more indelibly than all the debris in Whittier. ...

The legendary producer looks back at the brilliant, doomed singer-songwriter: Drake's enduring qualities; first hearing him; has strong hands and guitar playing; the onset of his troubles, and the clues in his songs.

Joan Jett: Motorcycle Slut With The Mystic Cross: Joan Jett roars up the alley in Singapore

JOAN JETT is sitting in a dressing room a long, long way from home, and the perceptible sliver of anxiety in her voice suggests that ...

TOOTING BEC, London, is only memorable to me because of a cold, windswept day in November 2005. ...

A NAME LIKE the Rainmakers infers a drenching of liberating rock & roll sanctification. Tough luck, because tonight wasn't the night. ...

IT'S NIGH HIGH impossible to summarize Richard Thompson's vast repertoire and immense talent, not to mention demented humor, but one particular sentence from Thompson himself ...